The Kindergarten Year: from baby to big kid (just like that)

By knightMUMblings in From The Heart, The School Circuit on December 12, 2017
3 comments

I knew this day was coming (not the handholding bit, the growing up bit). I’ve been quietly gulping away my heartache as the year draws to a close at the reality that my firstborn is about to finish his first year at school – and now it’s impossible to ignore. It’s happening at breakneck speed.

I know, I know, it’s all part of life. It’s all part of ‘letting go’. And yes, there are many satisfying things I’ve witnessed as a Mum this year like his newfound confidence, his amazing reading and writing skills and the unbreakable bonds he’s formed with his classmates.

But before starting Kindergarten, he always wanted to hold my hand. So when I asked my boy why he didn’t want to this afternoon (with a similar heartbroken expression I imagine I’ll have when he tells me he’s moving out of home), his reply was, ‘I’ll tell you another time. Maybe next year’.

Cue lump in throat. The transition this year from baby to big kid is not one I can take lightly. Once you pack their bag and send them off to big school, suddenly they’re out of your home more days than they’re in it, learning tons of new things in a huge social environment with lots of rules – and here’s the hardest bit – they’re doing all of this without you at their side. If a big kid decides to steal their lunch, they have to fend for themselves. If their peers make fun of them for some silly reason, they have to grow a thicker skin. It’s the year they start to grow up and there’s not a damn thing you can do about it.

When I reflect on all the tears I’ve wiped away over who may or may not play with him at lunch, all the nervous moments leading up to his first school musical, waving off his first school excursion (wondering like a weirdo if they’ll somehow lose him out in the big bad world), I realise that his finishing Kindergarten is hitting me hard not because I don’t want him to keep growing and discovering – it’s because I don’t want him to lose the remaining shreds of innocence that still exist when you’re Six Years Old.

I want to freeze-frame the dazzling sparkle in his eyes when he describes in detail what he learnt that day, as if it were the first time it’s ever been discovered (and he’s the one who discovered it). I want to bottle the unequivocal joy on his face after accepting his first school award from the principal. I want all the little things in his life to hold the same magic that they do right now. Forever.

But the real world looms like a dark cloud every time he asks things like, ‘Is Santa really real, Mummy?’ And there’s an edginess creeping into his voice when I begin to explain something and he retorts (with an eyeroll), ‘Arrrgh, I know that already’, like I’m some annoying old lady recounting the same tired story for the 100th time (insert Mum-breathing-smoke emoji).

So I’m clinging to the flickers of the boyish innocence I see when I spot him holding hands with his mate as they head up to class because they’re still little enough to forget for a moment what anyone else may think. And in the afternoons when he runs out of class sweaty, tired and thrilled (in equal parts) shouting ‘it was the best day of my life, Mummy!’ And in the awkward flushed cheeks when he giggles ‘guess who got married at recess today, and don’t tell anyone Mum but my new girlfriend is… Ssshhh’.

Call me crazy but I don’t want him burdened by the weight of expectation and all the pressures that come with growing up. I just want him to be happy. Be in the moment. And believe in Santa Claus.

I can handle not holding his hand all of the time. It’s the wonderment of his imagination and the possibility of all the things that are yet to come when you’re just a kid in Kindergarten that I’m holding on to (for dear life).

Then again, such is being a Mummy.

I'm a Mum-of-three, writing about the most outstanding aspects of motherhood in the most relatable way possible, and occasionally attempting to make you laugh. View all posts by knightMUMblings

3 comments on “The Kindergarten Year: from baby to big kid (just like that)” 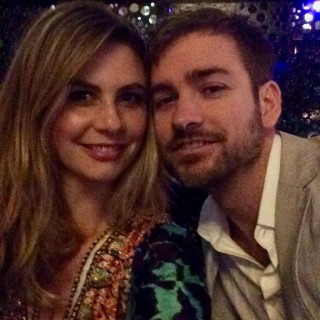 I'm a Mum-of-three, writing about the most outstanding aspects of motherhood in the most relatable way possible, and occasionally attempting to make you laugh.